"For many this will scurry deep into parody, and is the kind of thing that only boffins might like: it has no melody, glitches like a TiVo box struggling to remember where it’s put the West Wing, and refuses to latch into the kind of groove that any normal human would enjoy. But caveating this as someone who once bought a CD of lift noises and still actively enjoys it, I think it’s glorious and actually pretty damn funky. If James Brown were alive today, he’d be sticking this on in the studio as a kind of evil metronome and getting Clyde Stubblefield to try and match it on the drums, no doubt chucking something at him if he got it wrong. Fans of Mark Fell and other such deceptively groovy software jockeys will get a kick out of it."

"Following a split tape with Russell Haswell, and an album for Lorenzo Senni’s Presto! imprint, Gábor Lázár moves to The Death of Rave for his latest statement. The Hungarian minimalist shows off his skewed rhythmic modes perfectly on EP16 – there’s no discernible melody, just manic pulses, glitches and comb-filtered hiccups crafted into surprisingly effective chunks.[…]"

" [...] With his challenging, dynamic and strictly mathematical composing style varying between extreme academism and some kind of reasonable musical barbarism, Gábor is currently building a future of electronic music.[...]"

"[...] The kind of steadfast, engaged bliss one associates with the specific pleasures of dance music."

"[...] After a split EP with Russell Haswell and this year’s debut on Presto?!, this release shows his inexhaustible resourcefulness. The minimal, fragmented improvisations are challenging sketches that sound like an utterly rhythmic deconstruction of noise music, footwork and techno at once."

"Prodigious minimalist Gábor Lázár twysts out six cuts of super-forward techno reductions on his debut vinyl, 'EP16', for The Death Of Rave. Combining viscerally affective electronic timbre and hyperkinetic patterns, they're real-time recordings of Gábor extracting maximum funk from a single note rendered as sheer gradients pitched and punctuated with unique, algorithmic meters. In a sense the process is drily academic, but f**k me if the results aren't seriously funked-up. As with Mark Fell, Errorsmith or EVOL before him, Gábor seemingly intersects myriad minimal dancefloor patterns - hardcore, footwork, electro, digital dancehall - with uncompromising electronic tones to create some kinda new rhythmelodic syntax and grammar of his own. Cannily nudging every scything, whirring, strobing hit off-the-grid, he's practically re-programming our sense of rhythmic proprioception and temporal awareness in real time, throwing down the gauntlet to body and brain with stoic rigour and reckless effect. 'EP16' follows Gábor's split tape with Russell Haswell for his Budapest-based Last Foundation, plus debut album, 'ILS' (2014) for Lorenzo Senni's Presto?! label, and precedes an incredible upcoming 2LP collaboration with Mark Fell. Highly recommended for the skilled DJs, inquisitive ears, and liquid-limbed dancers."

"This record is fucking great."

" [...] Entitled EP16, his record for The Death of Rave features “viscerally affective electronic timbre” and “hyperkinetic patterns” of hardcore, footwork, electro and digital dancehall, fused together with “uncompromising electronic tones to create some kinda new rhythmelodic syntax and grammar of his own.” Excitingly, The Death of Rave also reveals that Lázár is working on a collaborative LP with Mark Fell, due on the label in the near future. [...]"

"[...] Imagine a Robert Hood CD glitched up to fuck spewing out manic stuttering grooves that morph and warp into constatly evolving new shapes and you're somewhere towards imagining what 'EP6' sounds like, but it's far more sophisticated than that. The ultra pristine sound certainly gets those limbs twitching as I type along to this 24 minutes of computer funk. A difficult one to resist."

"Auspicious single from the young Hungarian producer Gábor Lázár, whose prior disc for Lorenzo Senni's Presto!? & split-tape with Russell Haswell all showed a fine grasp of the brain-hemmhoraging aspects of contemporary sound-design. No exception here, with a vocoded harmonic-series-sweep of rising intervallic thunder that harkens back to the glory days of Laptopiana ca. Farmers Manual et.al."

"Gábor Lázár , sound artist from Budapest, released few days ago his new EP 16 via The Death Of Rave. We found the minimalist approach of this EP quite fascinating. We liked how brilliantly he tackled down the process of reduction synthesis. The auditory experience slowly loses its ‘otherness’ attribute and harmonically metamorphoses itself into an introspective journey. We also liked how each tracks has its own color and deliberately showcases the diversity and richness of this peculiar process.."

" [...] Lázár’s EP16, in one word, is disorienting. He’ll have your head spinning by the end of it. It’s like he put you on a malfunctioning carousel, doomed to go 200mph. At any one time during EP16, there’s only one synthesizer in operation. Lázár is able to pack a punch with amazingly little output. For the minimal application of synthesizers, there’s never a dull moment throughout – he keeps the punches rolling with the audacity of thunder. There’s absolutely no breathing room in this. Lázár comes right out of the gate like a swarm of angry hornets. Like how you would react to a swarm of angry hornets, you’re not really sure what to do when this is playing. You can’t really dance to it. Much like what you’d do when faced with a swarm of hornets, all you can really do is curl up in to a ball. Check out a preview of EP16 below via the Boomkat player and see what you think of it. Cheers!" 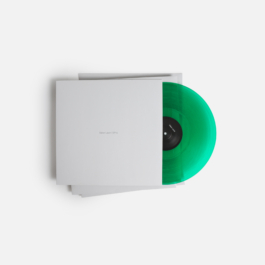 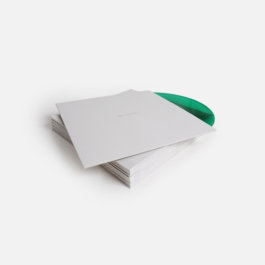 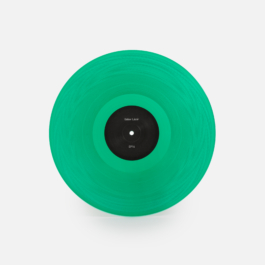 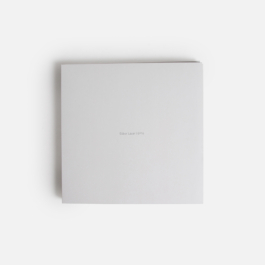 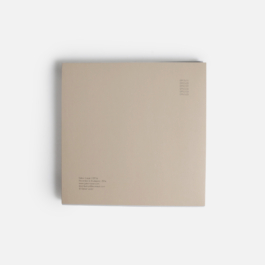