"[...] Formed from an ascetic palette of untreated beats and single-frequency synths, The Neurobiology Of Moral Decision Making flaunts Fell and Lázár's microscopic attention to detail throughout, with each track drawing your attention to a tiny parameter variation. Unlike the pointillist studies of Ryoji Ikeda and Florian Hecker, the results are unexpectedly itchy, funky and exhilarating - as the press release says, this neuroscience is "almost compatible with footwork". Amid all the odd numbered time signatures and disorientating multitimbral drones, the disc works a sincere homage to the intricate web of kick drums and snares of Chicago dance music.

When Autechre and Aphex Twin deployed loops of ball-bearing sounds a decade and a half ago, in "VI Scose Poise" and "Bucephalus Bouncing Ball" ,things could slip up and fall flat. This self-conscious IDM was, as Matthew Ingram put it in The Wire 349, "the worst of both worlds, like pipe-smoking breakdancer". Here, in the untitled seventh track, the same rhythmic pattern spawns five minutes of compelling material, a rapid dancefloor cut in which Fell's beat suddenly drops midway through, leaving Lázár's synth flickering alongside a flurry of invisible trainers. The album retains a focus on the danceable, at least until the 12 minute finale, whose strobing and pitched-up snares from the highest bpm of the entire set. Like Hans Christian Andersen's gory tale of the red shoes, this flurry of hyper-rhythmic noise finally passes the bounds of footwork altogether, pointing towards a mechanical state in which human dance is impossible. [...]"

"The 2015 album The Neurobiology of Moral Decision Making written in collaboration with Mark Fell is one of the highest acclaimed experimental albums of recent years."

"Rave deconstruction has been back in the spotlight lately. Established figures like Russell Haswell and Mark Fell are in high demand from young labels like Diagonal and Liberation Technologies. And a new generation of musicians are following in their footsteps, taking the conventions and materials of dance music and reshaping them in weird and wonderful ways. Lee Gamble, a self-professed Editions Mego fanatic, puts techno under the microscope. Lorenzo Senni pens bizarre sonic essays on trance. Budapest's Gábor Lázár, meanwhile, fires out machinegun patterns of abrasive synth tones, transforming a single eardrum-scraping rave sound into a study on the psychedelic properties of the dance floor. Music this intensely minimalist is difficult to get right. It risks draining its subject of the qualities that make it so exciting, or else prioritising concept over a musically engaging outcome. Lázár's productions have been improving in this respect, but it's on this collaborative album with Mark Fell that he makes a major breakthrough. [...]"

"The Death Of Rave hits its 10th release with a dream collaborative release from two of the most relevant names in future facing ‘dance’ music; Sheffield based, SND veteran Mark Fell and Budapest sound artist Gábor Lázár. On The Neurobiology of Moral Decision Making, the duo deliver 10 pieces of off the grid, unsyncopated mastery, deconstructing of the steadfast preconceptions of dance music through a suite of constantly shifting time signatures, sporadic claps and sterile, modernistic melody. Such production methods obliterate the deeply rooted notions of rhythm, ushering in a new age of dance floor exploration.[...]"

"If you already know Gábor Lázár’s music then you’re probably already a Mark Fell fan and so you won’t be surprised that this collaboration between them has yielded what has to be some of the most rhythmically radical and seizure-inducing futurist electronica being made on planet Earth right now.[...]"

"What happens when you pair up noted UK sound experimentalist Mark Fell with Gabor Lazar, a Budapest-based musician who has exhibited an equally adventurous streak through his body of work to date. That's the motivation behind the latest release from Manchester's ace The Death of Rave label, The Neurobiology Of Moral Decision Making, which sees Fell and Lazar collaborate on ten hyperkinetic untitled tracks which draw out maximum sonic impact from a shared minimalist approach."

"[...] Mark Fell and Gábor Lázár ratchet the game with their razor-sharp debut collaboration, 'The Neurobiology of Moral Decision Making'. As promised in the wake of Gábor's acclaimed vinyl debut, 'EP16', the duo have colluded on a full set of ten tracks, ranging from short synapse bursts thru to an uncannily emotive 12 minute masterpiece on the closing side.[...]" 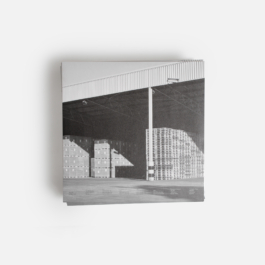 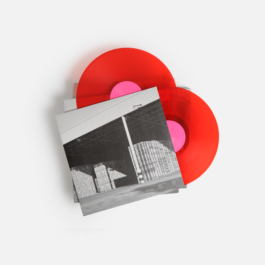 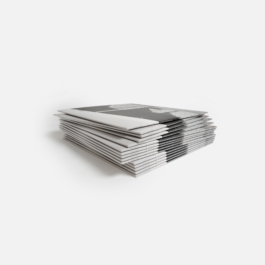